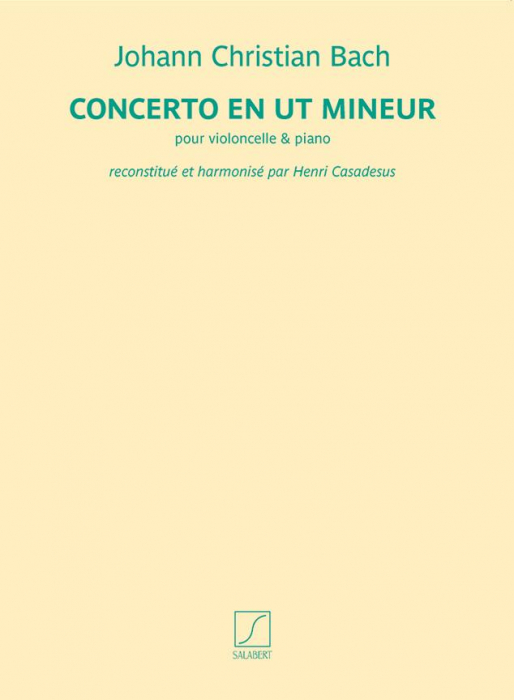 Concerto in C minor by Johann Christian Bach for cello and piano.
På lager
179,00DKK
Tilføj til ønskeseddel
Beskrivelse
This Concerto en Ut mineur for cello and piano was first published in 1947 by Editions Salabert, being attributed to Johann Christian Bach with harmonization by Henri Casadesus. Certain musicological studies after its publication proved that the Concerto should not have been attributed to Johann Christian Bach after all, as it had actually been composed “in the style of Bach” some two centuries later. Nevertheless, the Concerto has been a success and is today often performed and studied closely. This edition of the Concerto is a new version of the original score enriched with an introduction and history in French, English and Italian.